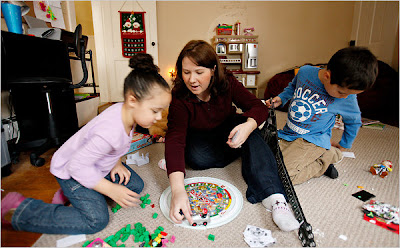 Sarah Wilson has embraced a growing movement to restore the sometimes-untidy business of play to the lives of children. Her interest was piqued when she toured her local elementary school last year, a few months before Benjamin was to enroll in kindergarten. She still remembered her own kindergarten classroom from 1985: it had a sandbox, blocks and toys. But this one had a wall of computers and little desks.
“There’s no imaginative play anymore, no pretend,” Ms. Wilson said with a sigh.
...
Too little playtime may seem to rank far down on the list of society’s worries, but the scientists, psychologists, educators and others who are part of the play movement say that most of the social and intellectual skills one needs to succeed in life and work are first developed through childhood play. Children learn to control their impulses through games like Simon Says, play advocates believe, and they learn to solve problems, negotiate, think creatively and work as a team when they dig together in a sandbox or build a fort with sofa cushions. (The experts define play as a game or activity initiated and directed by children. So video games don’t count, they say, except perhaps ones that involve creating something, and neither, really, do the many educational toys that do things like sing the A B C’s with the push of a button.)
...
Much of the movement has focused on the educational value of play, and efforts to restore recess and unstructured playtime to early childhood and elementary school curriculums. But advocates are now starting to reach out to parents, recognizing that for the movement to succeed, parental attitudes must evolve as well — starting with a willingness to tolerate a little more unpredictability in children’s schedules and a little less structure at home. Building that fort, for example, probably involves disassembling the sofa and emptying the linen closet. (A sheet makes an excellent roof.)
2. A box? or a spaceship? What makes kids creative? 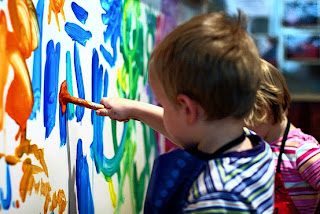 Researchers believe growth in the time kids spend on computers and watching TV, plus a trend in schools toward rote learning and standardized testing, are crowding out the less structured activities that foster creativity. Mark Runco, a professor of creative studies and gifted education at the University of Georgia, says students have as much creative potential as ever, but he would give U.S. elementary, middle and high schools "a 'D' at best" on encouraging them. "We're doing a very poor job, especially before college, with recognizing and supporting creativity," he says.
Many parents are stepping into the breach by nurturing their kids' creative skills. They are challenging them to generate new ideas or encouraging them to notice problems in the world around them and research possible solutions. By tolerating "wrong" answers or allowing their children to live in a fantasy world for a while, parents can put off the emphasis on skill-building and achievement, researchers say. 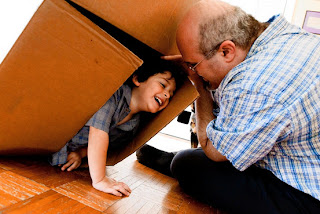 In the past, researchers thought of creativity as the ability to generate lots of new ideas. But in recent years, experts have begun assigning equal importance to learning how to pick the best ideas and solve specific problems, often by working in teams.
...
To nurture creative skills at home, parents can invite children to come up with possible solutions for everyday problems, and listen to their ideas with respect, says Don Treffinger, president of the Center for Creative Learning.
NOVEMBER 2010
3. Modern Parenting
Most of us do not raise our children amidst a sea of lovely and instructive wooden toys and soft cushiony rubber floors and healthy organic snacks, but the ideal exists and exerts its dubious influence. This fantasy of control begins long before the child is born, though every now and then a sane bulletin lands amidst our fashionable perfectionism, a real-world corrective to our over-arching anxieties.
...
A recent book generating interest in the US is called Origins: How the Nine Months Before Birth Shape the Rest of Our Lives. It takes up questions such as whether eating more fish will raise the intelligence of your child, or what exact level of stress is beneficial to the unborn child.
...
But perhaps the question we should be asking ourselves is, even if we can engineer him, will he grow up to be unbearable? You know the child I am talking about: precious, wide-eyed, over-cared-for, fussy, in a beautiful sweater, or a carefully hipsterish T-shirt. Have we done him a favor by protecting him from everything, from dirt and dust and violence and sugar and boredom and egg whites and mean children who steal his plastic dinosaurs, from, in short, the everyday banging-up of the universe? The wooden toys that tastefully surround him, the all-sacrificing, well-meaning parents, with a library of books on how to make him turn out correctly— is all of it actually harming or denaturing him?
...
I also can't help but wonder if all of the effort poured into creating the perfect child, like the haute bourgeois attention to stylish food, is a way of deflecting and rechannelling adult disappointment. Are these parents, so virtuously exhausted, so child-drained at the end of one of these busy days, compensating for something they have given up? Something missing in their marriage? Some romantic disappointment? Some compromise of career or adventure?
4. "Baby Einstein" is no Genius 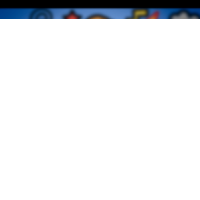 Why are parents hooked on getting kids hooked on TV? In the many papers I have read, experts assign guilt to parents without providing solutions. Studies that poll parents have found that the majority of those who expose babies to TV know they are compromising their child’s optimum health, but they see no other choice to get chores done or take a break. So, unfortunately, one can only conclude that parents would rather feel guilt about the way they are raising a child than feel trapped by a child who they believe cannot occupy himself.
Experts offer vague directives like, “Children should be playing outdoors. Watch TV with your kids. Read to your children. ” In the L.A. Times article, Susan Linn, psychologist and director of the Campaign for a Commercial-Free Childhood, clarifies the problem. “If we start children early in life on a steady diet of screen time and electronic toys, they don’t develop the resources to generate their own amusement, so they become dependent on screens.”
...
An infant’s uninterrupted play time must be balanced with plenty of intimate one-on-one time with loved ones, and Magda Gerber encourages parents to provide focused togetherness each day while mutually accomplishing chores like diapering, feeding, and bathing. When we take advantage of these activities, rather than rushing through them to make way for ‘playtime,’ and when we give our baby undivided attention, slow down, and invite the baby to participate as much as possible, then both parent and child are refueled by the shared experience. A child who receives a parent’s full attention several times a day can then spend hours happily occupied with independent play, and give parents time for breaks.
5. Time for Schools to Stop Damaging Children 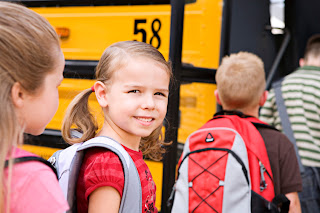 Our schools are turning millions of normal children into dropouts and failures. This isn't because of a few bad teachers or principals, but because the natural learning behaviors of children are routinely penalized instead of praised.
...
Our classrooms are based on outdated ideas, functioning like mid-20th century factories. Each child is offered an identical curriculum, like a car moving along an assembly line. However, children aren't units of production and this approach is failing. Since 1970, the rate of high school graduation has declined, and the United States has fallen from first to twelfth among developed nations in education.
This is inexcusable given the well-documented research about what makes children effective learners. Contemporary neuroscience has confirmed the findings of Freud, Piaget, and Dewey: that children's learning is largely dependent on inherent interest, emotional engagement, social interaction, physical activity and the pleasure of mastery.
These findings are ignored in traditional classroom approaches. If children are not interested, they won't learn, but we don't structure our schools to capture students' individual interests. Instead, everyone studies the same texts at the same time. Teachers often reprimand children for failing to change gears with the rest of the class. Students are told to be quiet, sit still, and listen passively, when we know that social, emotional, and physical engagement enhance learning.
...
The traditional classroom needs an overhaul based on the findings of cognitive neuroscience. Rather than lecturing to passive observers, teachers should act as facilitators, introducing individual students to new concepts based on their interests and developmental state. Children should be free to move around and to choose when, for how long, and with whom they will work at each task. Instead of being told facts, children should learn by acting on instructional materials, experimenting and observing until answers are found.
Children need to experience themselves as emotionally engaged, triumphant problem solvers. This experience is, in part, what makes computer games addictive. As with video games, in an ideal classroom students should only go on to the next level after mastering the previous one, taking as long as they need to solve each problem, and staying with it as long as it holds their interest. The satisfaction of curiosity and the exhilaration of accomplishment are the inherent rewards of this approach.

Posted by Carolina García at 8:33 AM